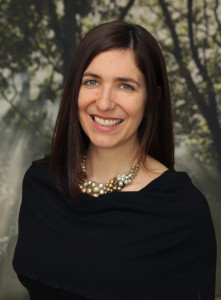 Catherine is a member of the Barreau du Québec, the Law Society of Newfoundland & Labrador and the Law Society of Manitoba. She works exclusively with Indigenous clients in the areas of Aboriginal law, constitutional law and environmental law. She lives in St. John’s, the ancestral homelands of the Mi’kmaq and Beothuk, and also recognizes the Inuit of Nunatsiavut and NunatuKavut and the Innu of Nitassinan as the original Peoples of Labrador.

Catherine has particular expertise negotiating self-governance agreements, as well as various types of environmental agreements, including the creation of parks and protected areas.

Catherine works extensively with her clients to develop laws, particularly in areas of governance, environmental protection, land use planning and housing. She is especially interested in working with communities to revitalize their traditional Indigenous laws and to incorporate them into modern legal structures.

Catherine has worked on cases at all court levels, including several Supreme Court of Canada cases. She is experienced in treaty compliance, Aboriginal rights and title claims, requirements to consult/obtain consent for resource development projects, endangered species and forestry.

In 2021, Catherine was appointed as a part-time member of the Canadian Human Rights Tribunal for a term of five years.

As well, Catherine is the President of First Light, St. John’s Native Friendship Centre, the Co-Chair of the First Voice Working Group on Police Oversight and has volunteered for many years with Lawyers Without Borders Canada, working particularly with Indigenous nations in Central and South America. She previously worked with the United Nations Secretariat for the Convention on Biodiversity, as well as the Maori Waikato-Tainui Tribal Council in New Zealand. She is also a member of the Conseil d’école of the École des grands vents, in St. John’s, Newfoundland.

Catherine works in both English and French.