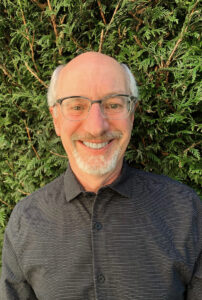 Micha, Senior Partner, lives and works in the unceded territory of the lək̓ʷəŋən People. His practice deals exclusively with First Nations’ legal issues and Aboriginal rights. He was called to the Ontario Bar in 1975 and to the British Columbia Bar in 1987, and currently practices in both provinces. He has acted as legal counsel on several historic Aboriginal law cases, including the Nowegijick and Gull Bay Development Corporation tax cases, and the Mitchell case on Aboriginal trade rights.

Micha acts on behalf of First Nations in comprehensive self-government negotiations, development of Governance Constitutions, First Nation Laws, Land Codes and treaty negotiations. He has been legal counsel to the Westbank First Nation since 1990 in negotiation and implementation of their self-government agreement. He represents the First Nations Finance Authority as general legal counsel and worked on the development of the First Nations Fiscal Management Act. In the area of native legal education, Micha has developed materials and taught courses at community colleges, delivered papers at numerous conferences on Aboriginal law and was a contributing writer in the BC Assembly of First Nations publication of the “Governance Toolkit: A Guide to Nation Building”.

Internationally Micha has worked with indigenous peoples in Central America and Vietnam. 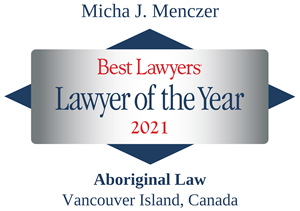